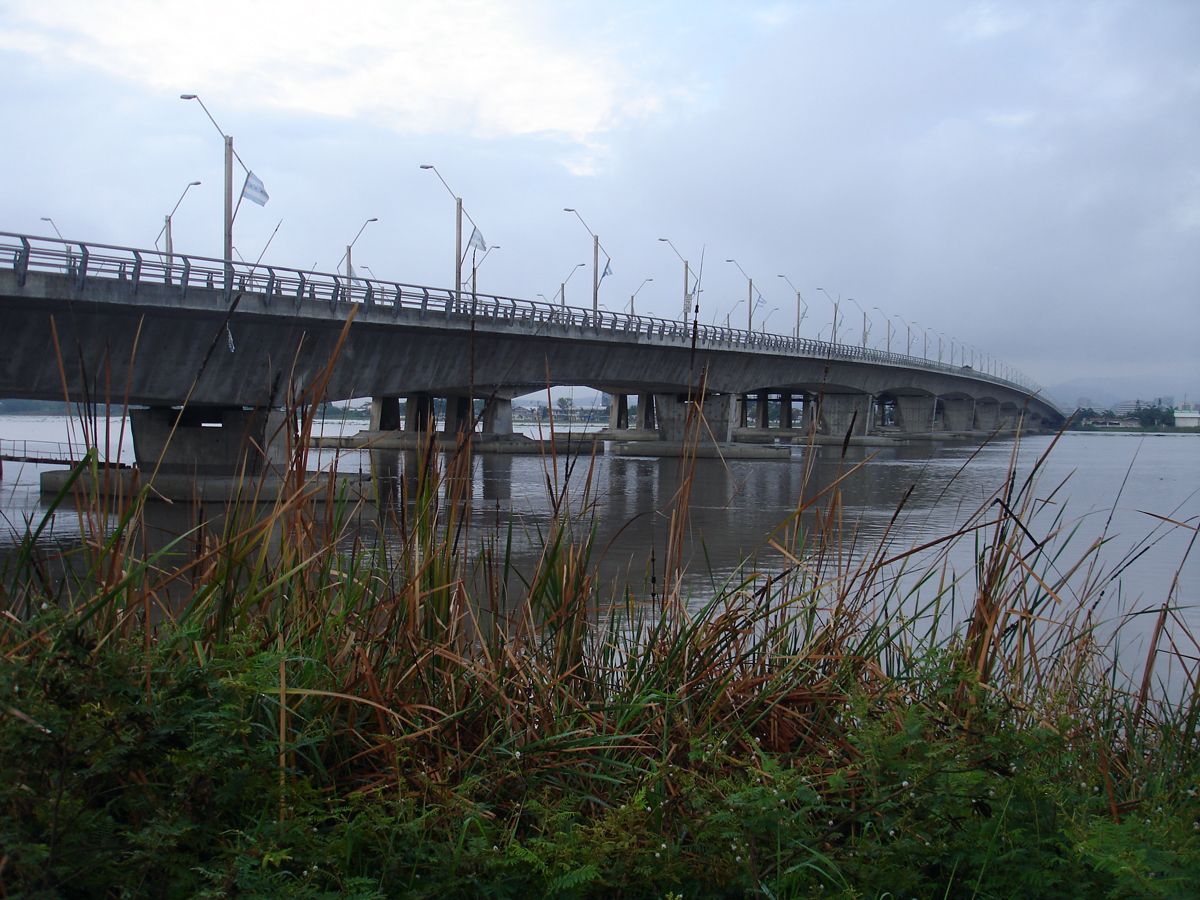 The first segmental bridge in the country, the Rafael Mendoza Avilés Bridge is located in Guayaquil, Ecuador and spans 3km across the Rivers Daule and Babahoyo. 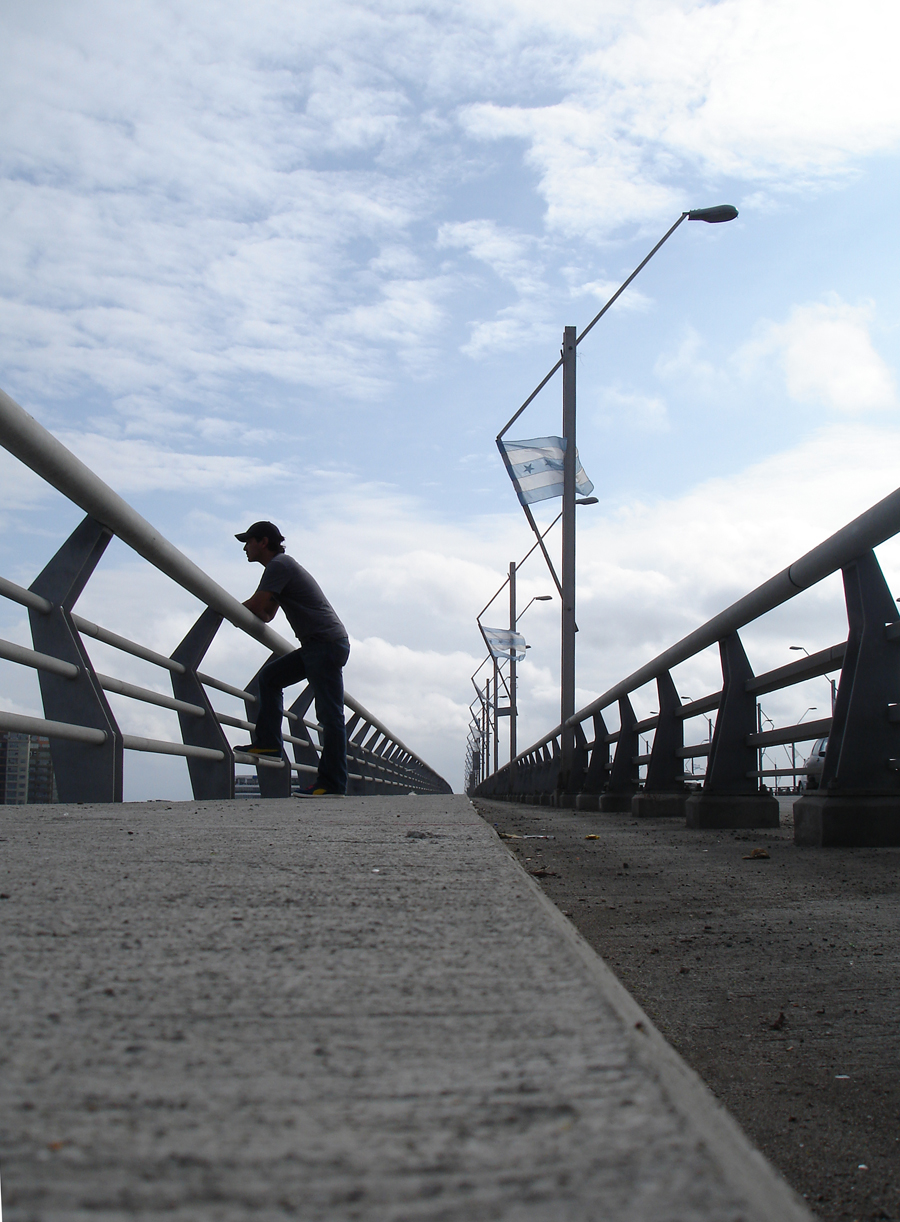 Architect for the CAT Association, a joint venture integrated by one of the most prominent structural design firms in the world, TY Lin International from the USA and two Ecuadorian firms, Sismica Ingenieros Consultores and Asesoría y Estudios Técnicos.

As project coordinator, personal liaisons played a key role. Being able to speak both English and Spanish fluently, allowed Lara to be involved in every aspect of the project in Ecuador as well as in TY Lin International's offices in San Francisco, where Lara spent a total of six months leading coordination.

Building a new structure parallel to the existing bridge posed an interesting design challenge. The strategy was to create a light weight look for the substructure and modernise the superstructure's appearance. To achieve a light weight look, the piles were designed to give the impression of being thin pins that viewed together with existing A frame piles would not clutter the overall substructure appearance.

Using cutting edge technology for the superstructure with segmental construction, demanded that the appearance of the deck of both the existing and the new bridges were treated to showcase the modern approach to construction. Custom designed light posts, traffic barriers and pedestrian railings were introduced for the user to experience a modern structure. 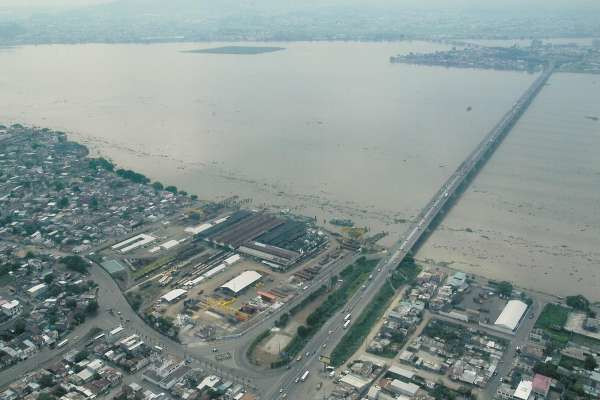 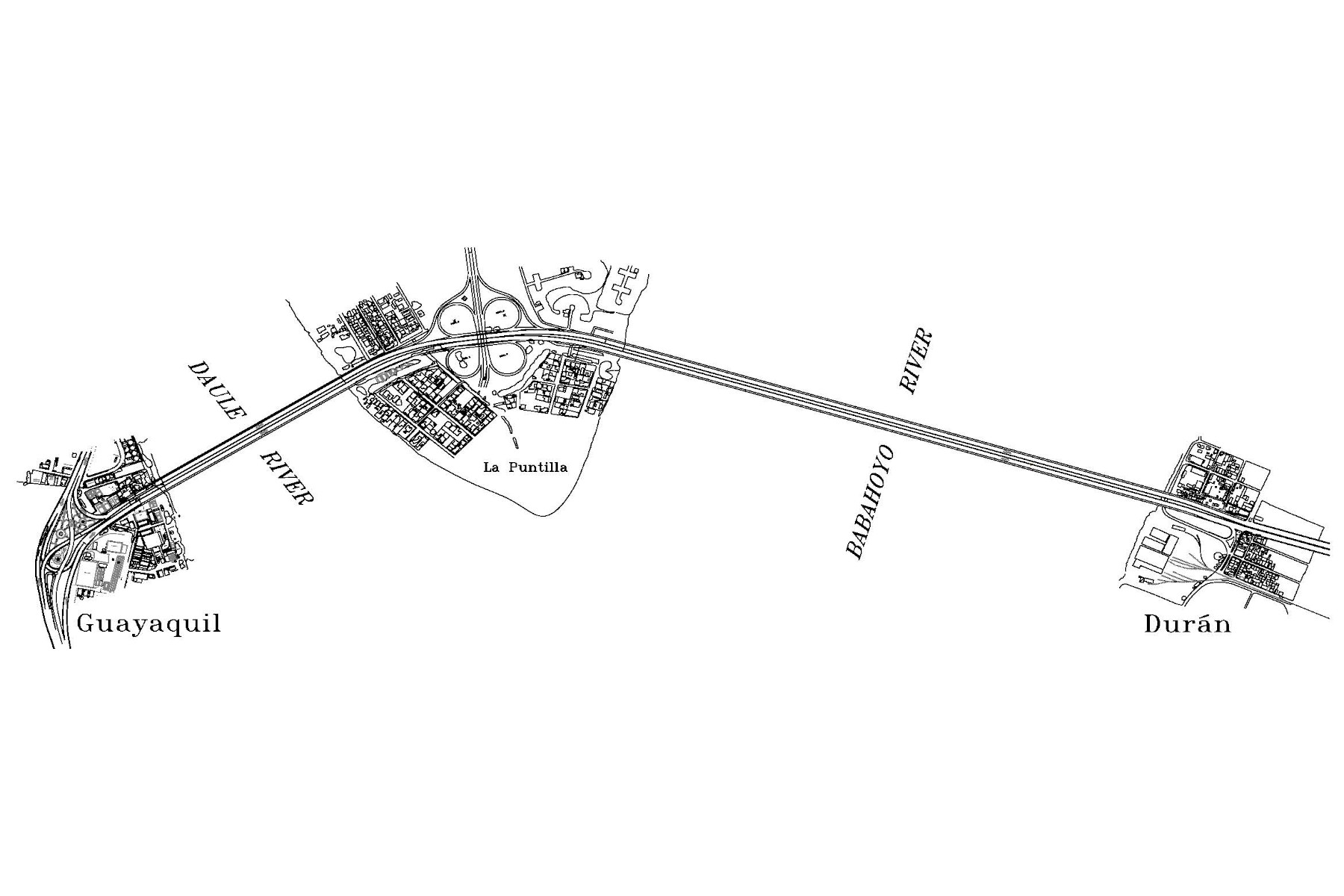 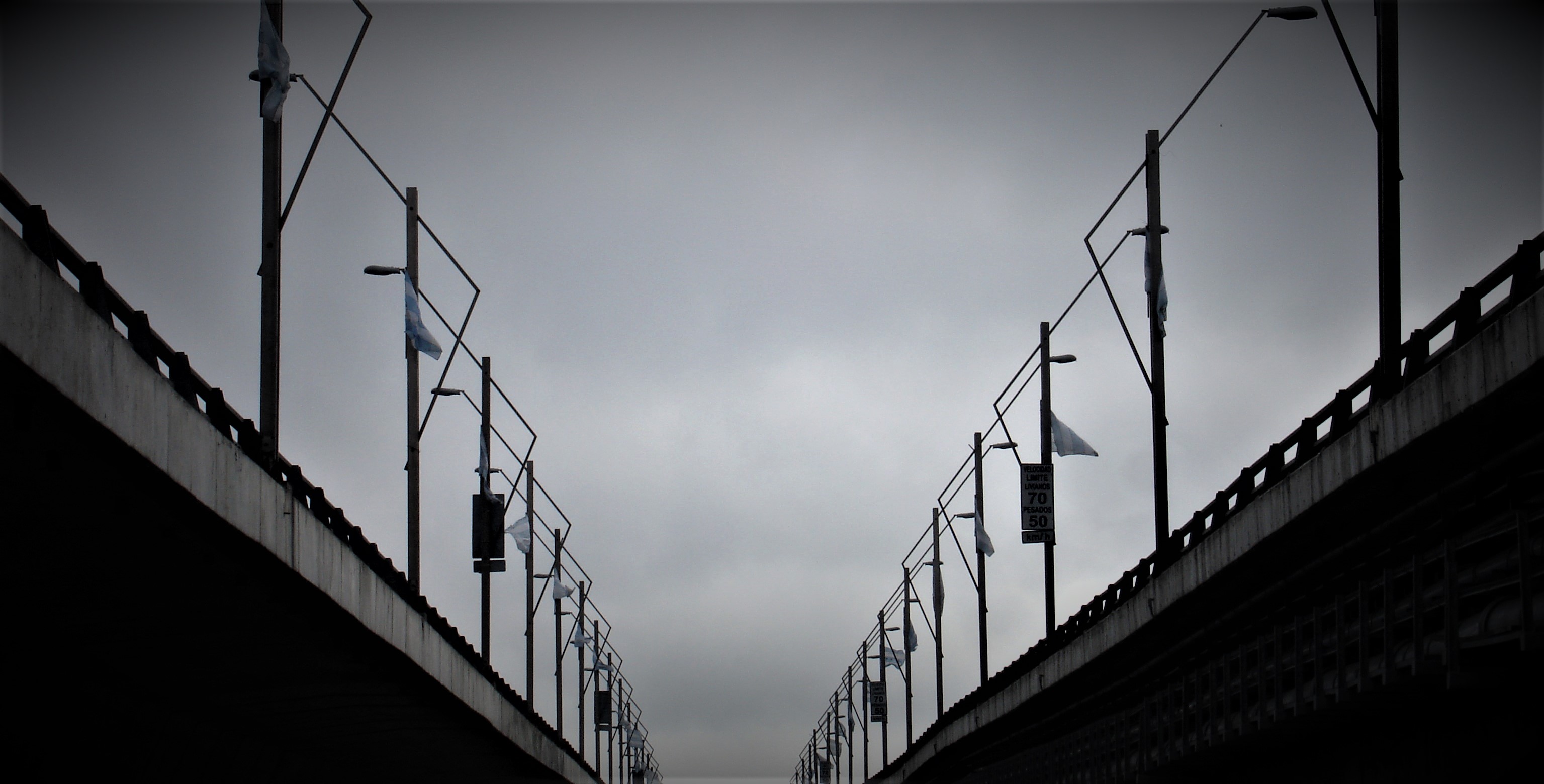 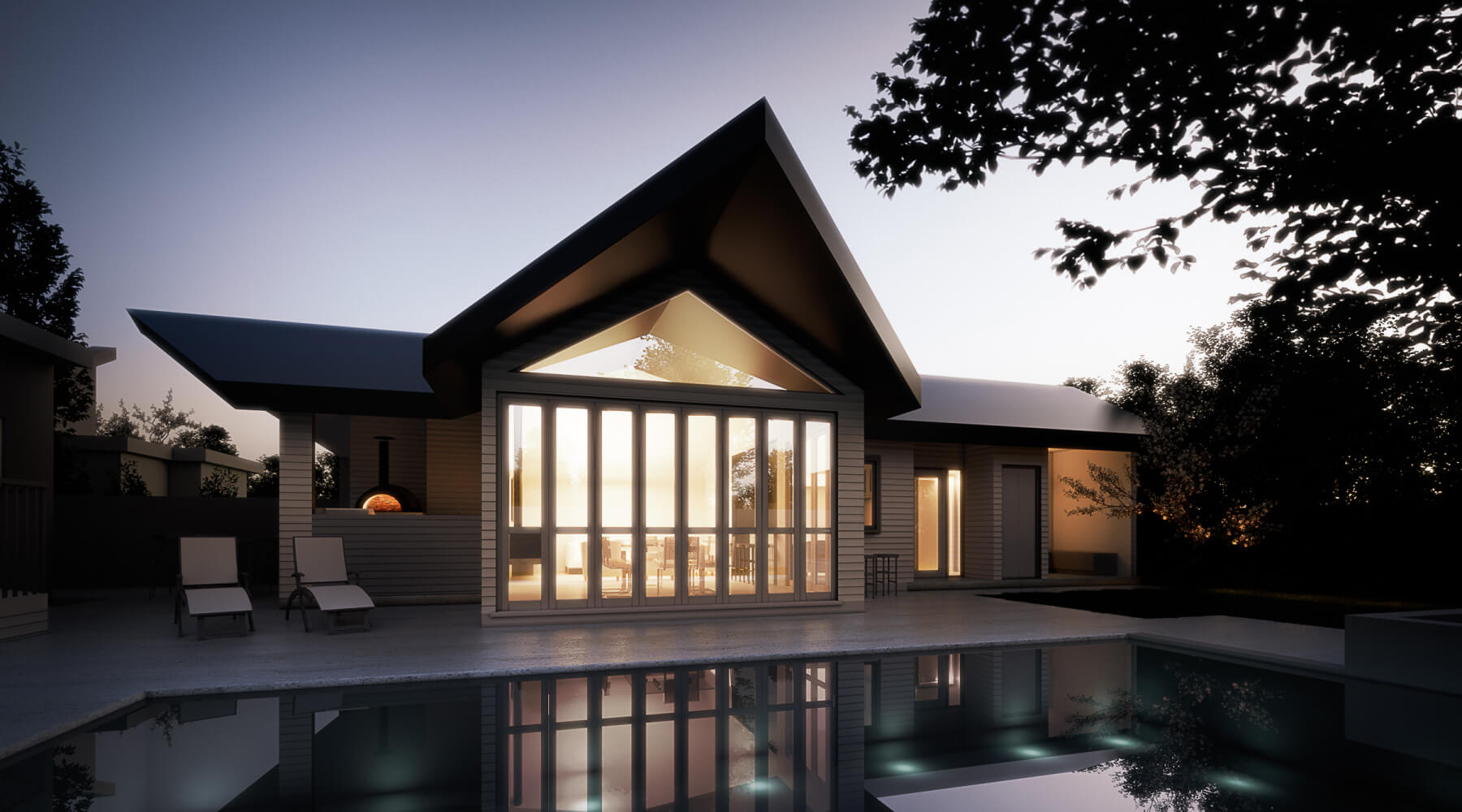 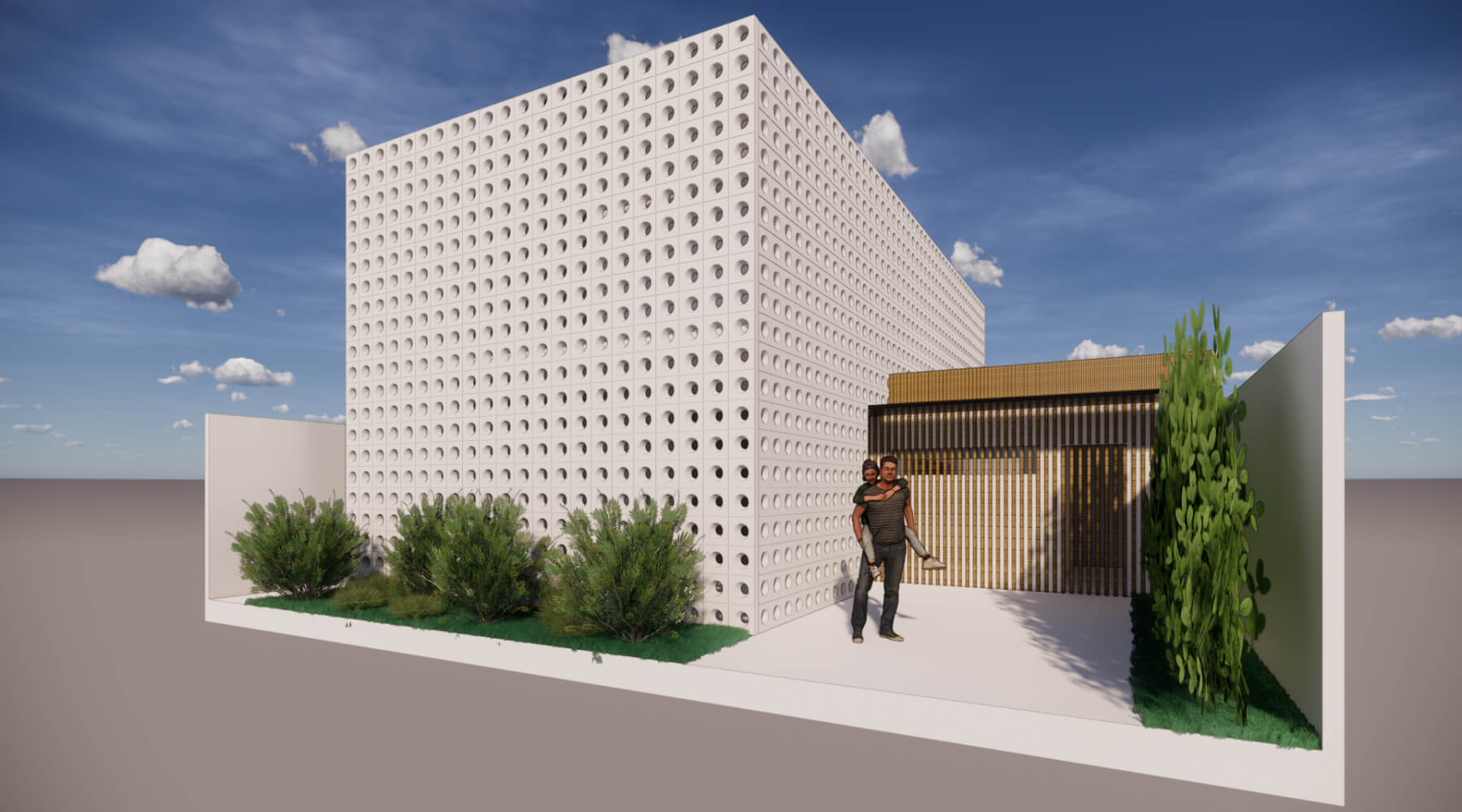